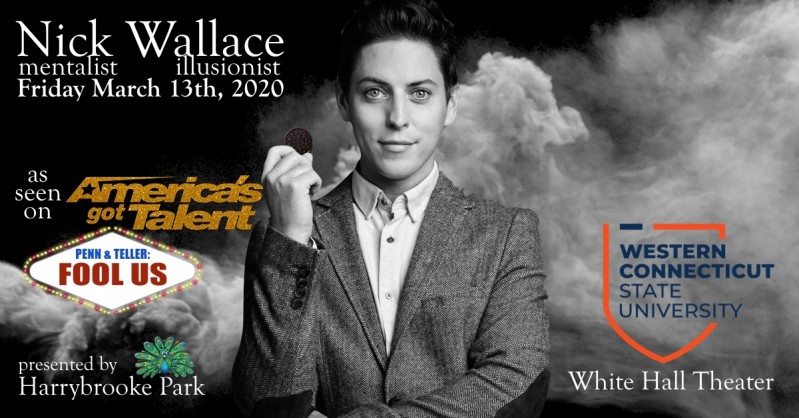 Nicholas Wallace is a true Master of subtle illusion and manipulation, and a gifted story teller.

Nick has appeared on season 14 of America's Got Talent, Penn and Teller: Fool Us, as well as FOXtv's Houdini & Doyle's World of Wonders. He has been named the Canadian Champion of Magic by the Canadian Association of Magicians and is the 2018 recipient of the Allan Slaight Award for Canadian Rising Star.

Nick Wallace can best be described as a minimalist - who has forgone fancy props and special effects and prefers to conjure with an audiences imagination by presenting magic and mind reading in a way that is both entertaining and thought provoking. He has been described as pure evil wrapped in Mr. Rogers' sweater.